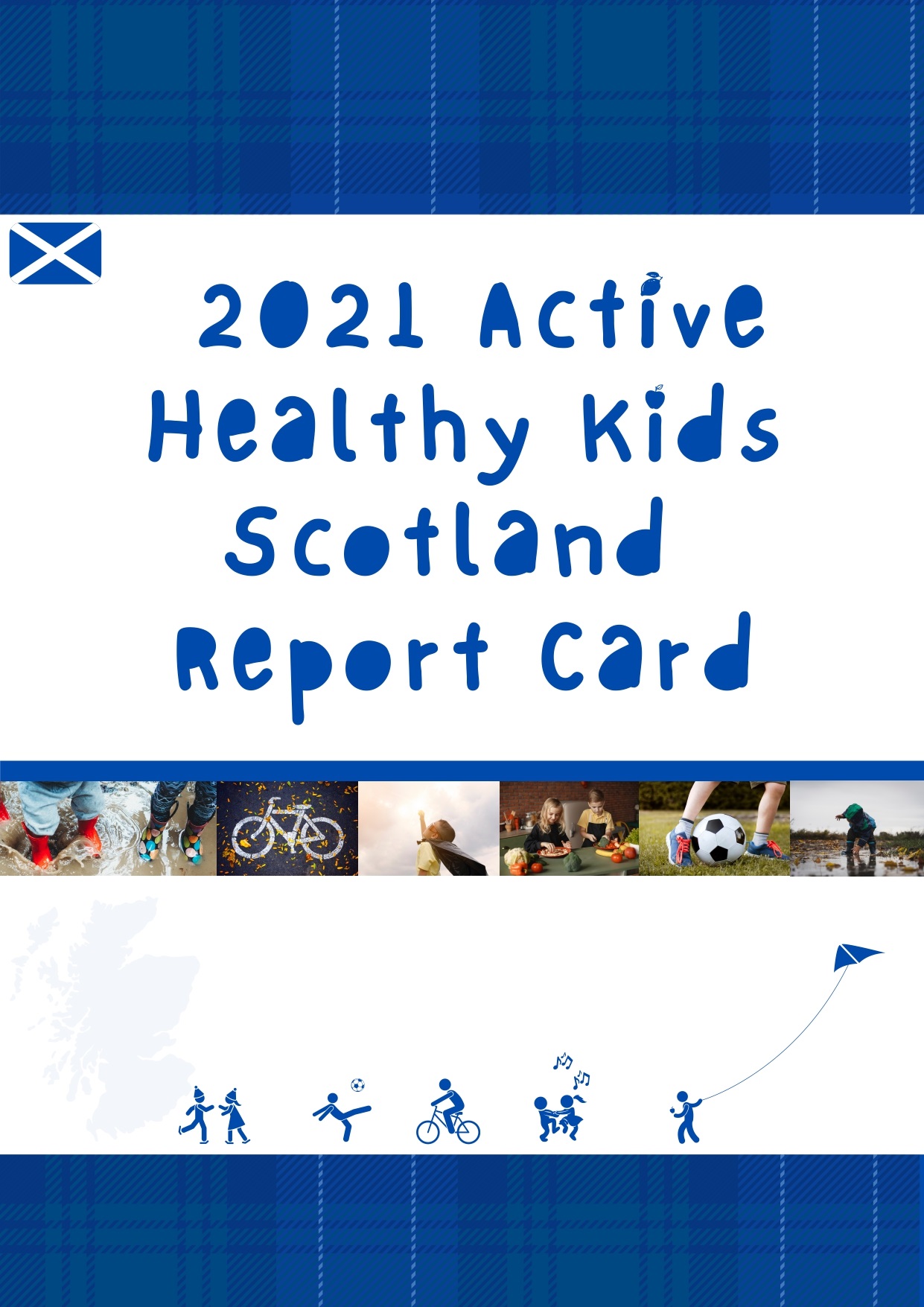 John Reilly, Ph.D.John Reilly (BSc, PhD) is Professor of Physical Activity and Public Health Science at the University of Strathclyde, Glasgow, Scotland. He was previously Professor of Paediatric Energy Metabolism at the University of Glasgow. He led the Active Healthy Kids Scotland Report Cards in 2013, 2016, and 2018. He is a member of the AHKGA Board, with responsibility for external partnerships and European Report Cards. His research includes work on childhood obesity globally (prevalence, surveillance, aetiology, prevention, treatment); public health surveillance of physical activity and sedentary behaviour in children and adolescents globally; physical activity, obesity, and academic attainment. He has published over 340 peer-reviewed papers with a career average field-weighted citation impact of 2.90, h-index (September 2020) of 65 in Scopus and 83 in Google Scholar. He is a founder member and Executive Member of the SUNRISE International Surveillance Study of Movement Behaviours in the Early Years (2017-present). His Knowledge Exchange work includes multiple contributions to WHO guidelines and strategies, e.g. the WHO Ending Childhood Obesity Report (ECHO, 2014-2016), Healthy Life Trajectories Initiative (HeLTI, 2016-2017), and the WHO 2019 Guidelines on Physical Activity, Sedentary Behaviour, and Sleep in the Under 5s. He has also contributed to many national physical activity and movement behaviour guidelines: chaired the UK Health Departments Physical Activity Guidelines for the Under 5s (2017-2019); member of Guideline Development Groups for 24-hour Movement Behaviours in Canada (2016-2019) and South Africa (2017-2018). 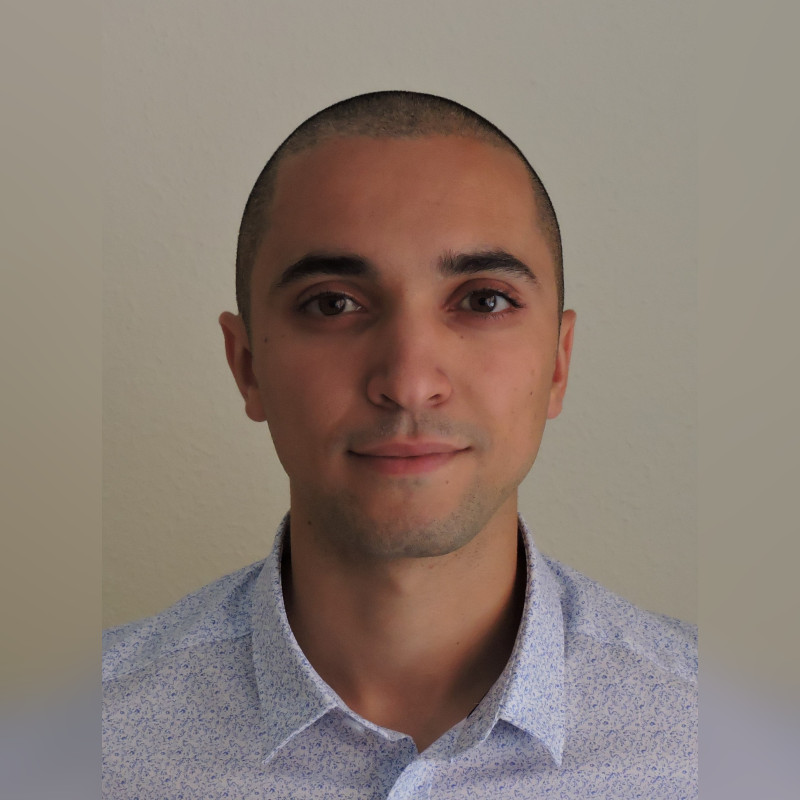 Farid Bardid, Ph.D.Farid Bardid (BEd, MSc, PhD) is Assistant Professor (Lecturer) of Health and Wellbeing at the University of Strathclyde, Glasgow, Scotland. He was previously involved in the Active Healthy Kids Scotland Report Card in 2018. His research focuses on health, movement behaviours and movement skills in children and adolescents with a focus on learning and development. This includes work on assessment and monitoring, individual and environmental factors (psychosocial and cognitive aspects), and design and delivery of interventions. He has published over 25 peer-reviewed papers across a range of international journals (e.g., Journal of Science and Medicine in Sport, Frontiers in Psychology, and Sports Medicine), with a field-weighted citation impact of 1.96 and h-index of 10 in Scopus (December 2020). He is also a member of the International Motor Development Research Consortium (I-MDRC) and the North American Society of Psychology for Sport and Physical Activity (NASPSPA). As part of a working group of the I-MDRC, he has led a review paper on methods for assessing movement skills in children and adolescents published in Journal of Science and Medicine in Sport (2019). He has also contributed to projects such as ToyBox Scotland (2016-2019) and Skill Acquisition Methods fostering Physical Literacy in Early Physical Education (SAMPE-PE; 2017-2020). 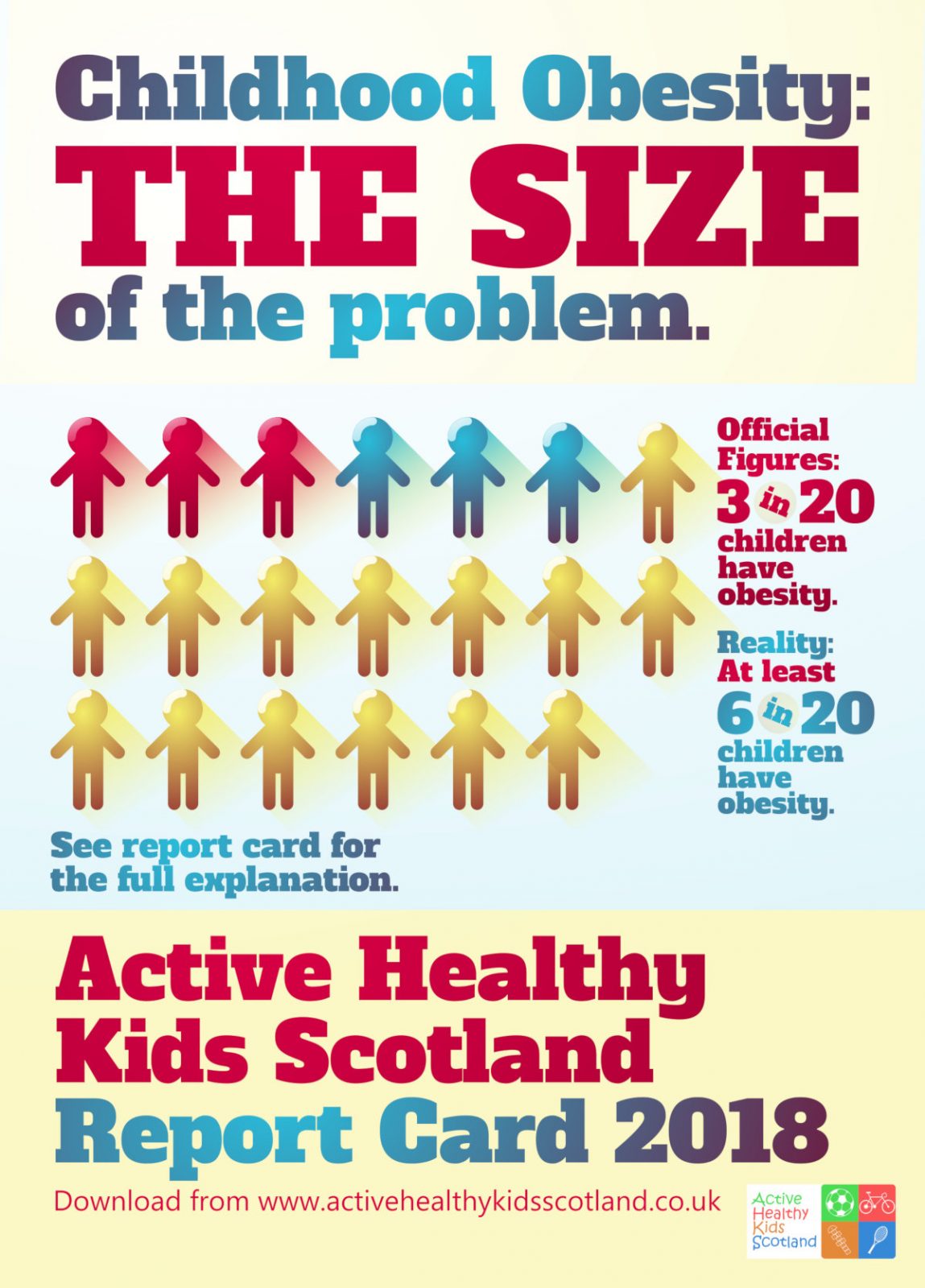 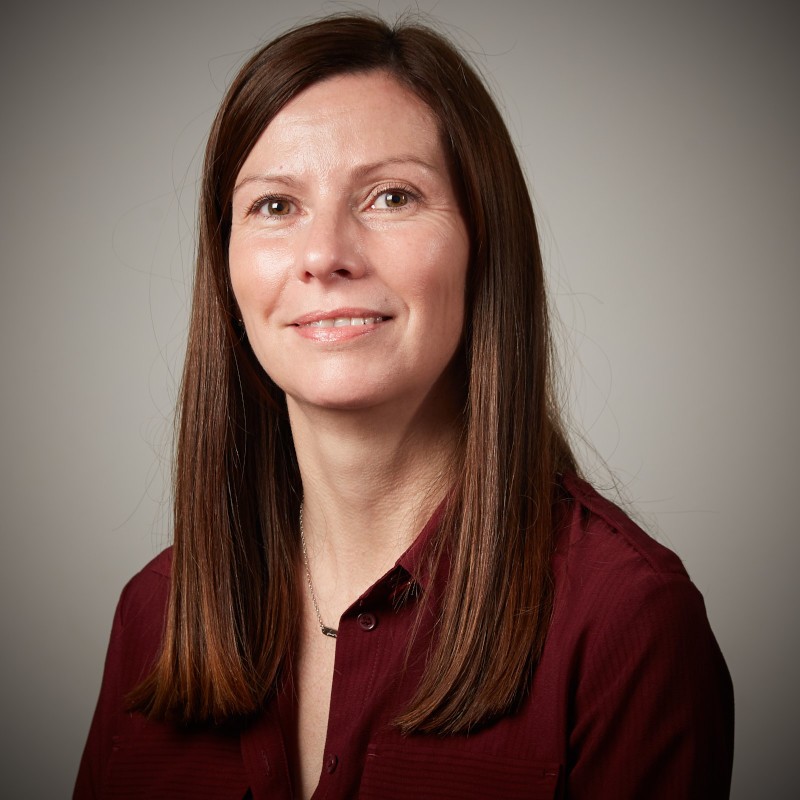 "I have been involved with the Global Matrix since it began in 2014. We have come a very long way in a short time- the growth in both the number of countries and the range of countries we now have in the matrix (in terms of the wide range of culture, stages of economic development, and geography) is impressive, and shows that our ambition of creating a global movement back in 2014 has been realised. This wide range of circumstances in which children grow up across the globe means that the global matrix provides unique evidence on what is effectively a vast natural experiment in physical activity and health of children and youth. I am convinced that lessons learned from the natural experiment can be put to good use in increasing physical activity levels and decreasing levels of sedentary behaviour across the globe." - John Reilly, Ph.D. and Adrienne Hughes, Ph.D.

Methods: Data sources were used for grading if they had been derived from recent (i.e. from 2014 onwards) nationally representative surveys, and if methods of measurement had small or negligible bias. The main data sources used for grading were the Health Behaviours in School-Age Children survey (HBSC) 2014, the Scottish Health Survey (SHeS) 2016, Hands Up Scotland (HUS) 2016, Transport & Travel in Scotland (TATIS) 2016 and  the Scottish Household Survey (SHS) 2016. We graded the 10 core physical activity indicators included in the Global Matrix 3.0, plus two additional indicators (obesity and diet, grades not shown here). The grades were reviewed by key stakeholders from national organisations.

Results:The grades and the rationale for each grade are shown in Table 1. 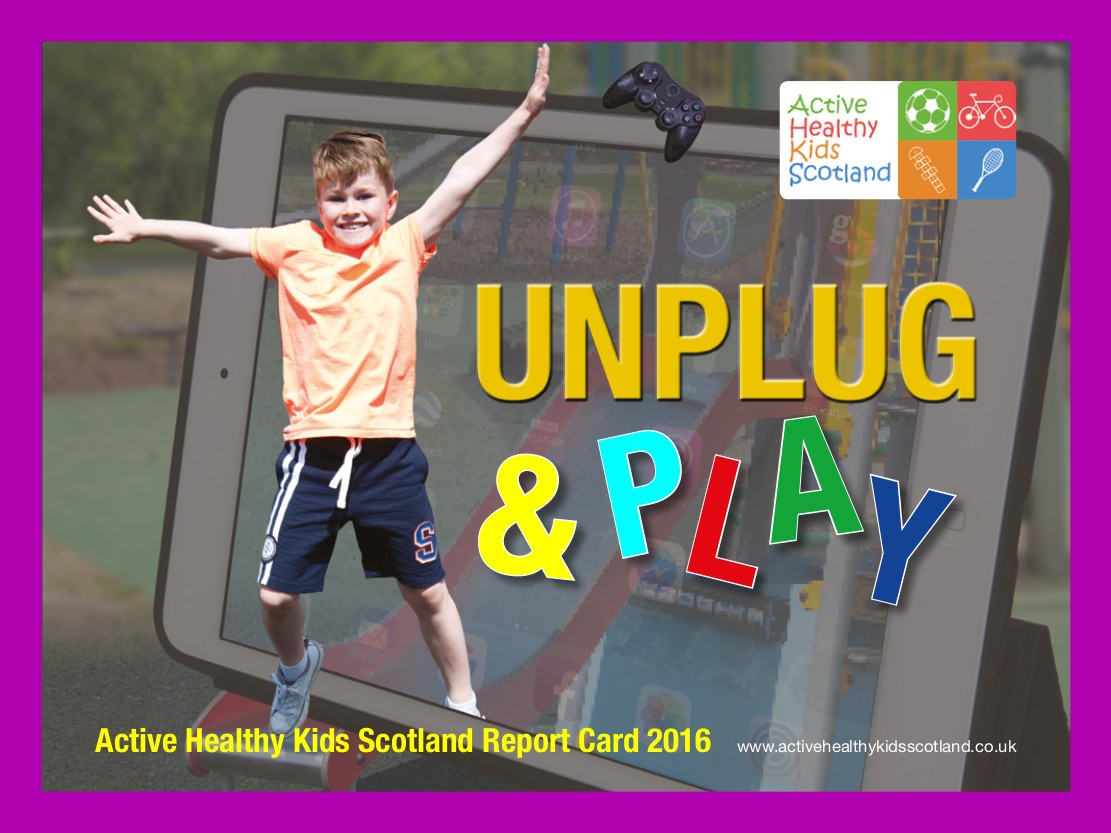 "The global matrix should have substantial impact in Scotland — the grades from Scottish children and adolescents did not compare favourably with the rest of the world, attracting a great deal of publicity. Seeing our position relative to other nations has provided impetus to do better in future physical activity and health policy.

Background: The Active Healthy Kids Scotland Report Card 2016 provides a critical update on the “state of the nation” for Physical Activity and Health in Scottish children and adolescents. This paper aims to summarize the results of the Scottish 2016 Report Card. Methods: Ten indicators were graded by a committee of experts: evidence was used to inform the grades so long as it was recent, representative, and had no or minimal bias. Results: Three Health Behaviors and Outcomes received F or F- grades (Overall Physical Activity; Sedentary Behavior; Obesity); two indicators could not be graded (Active and Outdoor Play; Organised Sport Participation). Active Commuting to School was graded C, and Diet D-. For the three indicators of Influences on Health Behaviors, Family and Peer Influence was graded as D-, but Perceived Safety and Availability of Space for Physical Activity, and the National Policy Environment were more favorable (both graded B). Conclusions: All grades were identical to those in the Scottish Report Card 2013. Scotland generally received good grades for factors influencing physical activity and health, but poor grades for physical activity and health behaviors and outcomes (e.g., Overall Physical Activity, Sedentary Behavior). 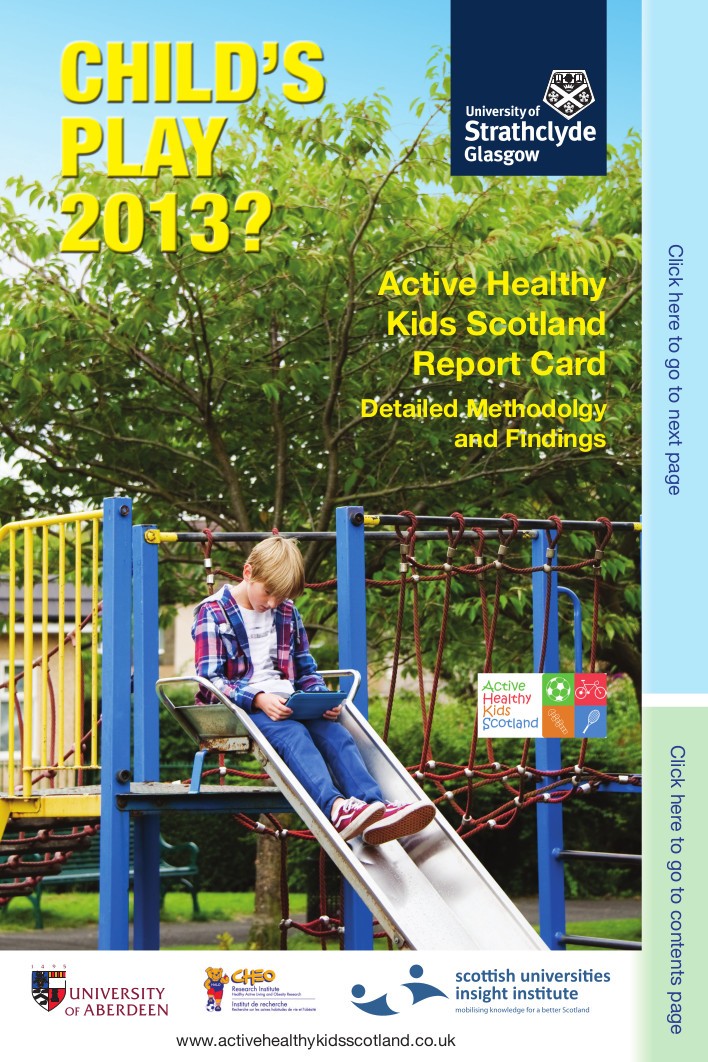