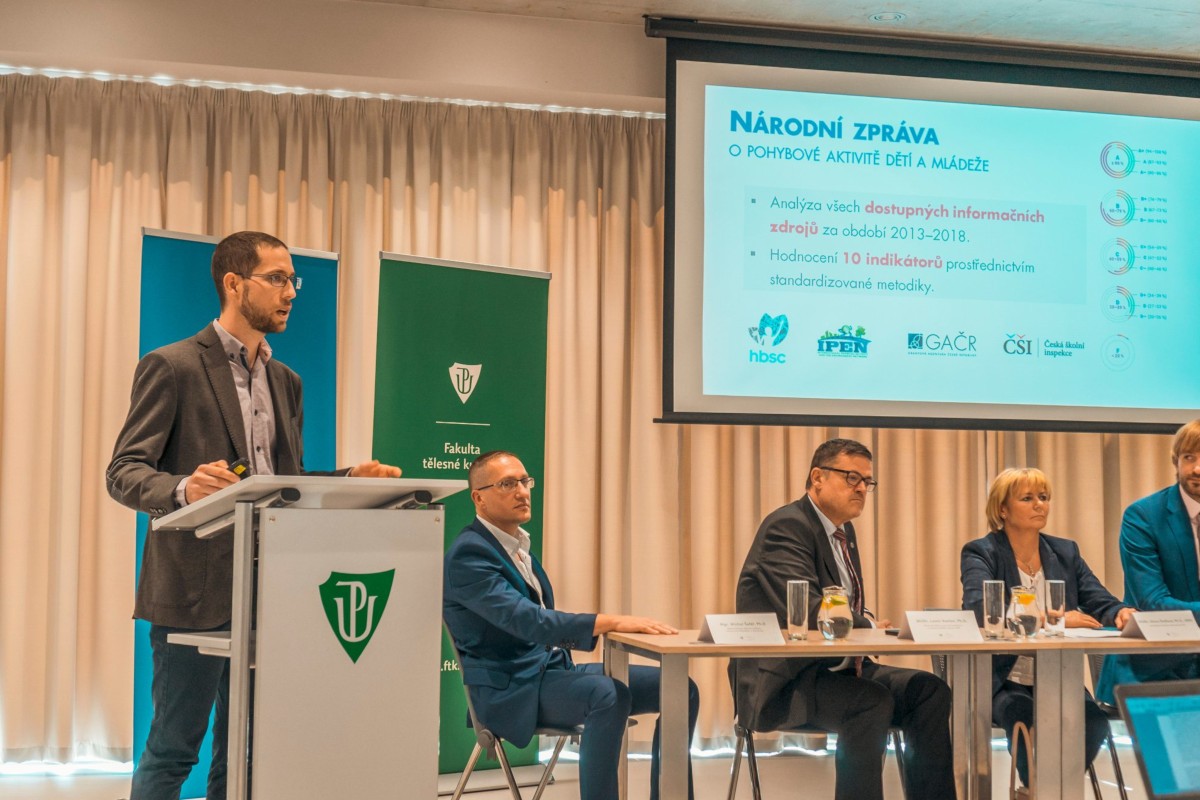 On Friday 24 May 2019, the Czech Republic’s Report Card on Physical Activity for Children and Youth was officially announced in the presence of the Minister of Health Adam Vojtěch. After presenting the main conclusions of the Report Card, the possibilities of national surveillance system on physical activity in children and youth were discussed along with issues of implementing appropriate preventive measures to support physical activity in the school environment. The press release is provided below.

Olomouc (24 May 2019) – Czech children suffer from a lack of natural movement, do not play outside, use “parent taxi”, and spend most of their free time sitting. This is despite the fact that 62% of adolescents are engaged in organized sports. These are the conclusions of an international research project Global Matrix on Physical Activity for Children and Youth. So far, this has been the largest and most comprehensive research and international comparison of physical activity in children and youth, involving over five hundred experts from 49 countries of the world. In the Czech Republic the research has been organized by the Faculty of Physical Culture, Palacký University Olomouc. The main conclusions are presented in the Report Card on Physical Activity for Children and Youth drafted by a team of researchers led by Aleš Gába.

The published study is unique due to the number of countries as well as the complexity of assessment of children’s physical activity. “The indicators involved in the comparison were overall physical activity, organized physical activity and sport, active play, active transport, sedentary behaviour, physical fitness, family and peers, school, community and environment, and public policy. In the overall assessment, the Czech Republic ended up in the second ten just like Germany or Great Britain; the best score was achieved by Slovenia, Denmark and Finland,” says Aleš Gába.

Due to the comprehensive nature of the research, the results are of interest to the Ministry of Health of the Czech Republic. “The key piece of information is that Czech children suffer from a lack of movement although they are engaged in sports on a regular basis. Modern lifestyle is losing natural movement, such as walking or active outdoor play. Children are driven to schools or clubs and spend their free time with mobile phones, tablets and computers. Many towns and cities do not have adequate places for physical activity such as sports grounds or parks,” says Adam Vojtěch, the Minister of Health.

His deputy Alena Šteflová adds that the Ministry of Health is trying to change the situation. Already in August 2015, the Government approved the Health 2020 Action Plans, which contain a series of measures aimed at promoting the health of the young generation and adults. Alena Šteflová believes in the success of the Health 2020 strategy and its Action plan to promote physical activity: “The Action plan focuses on promoting natural movement in the context of the family, school and transport, and is to a large extent interdisciplinary, which is desirable in this case.” At the same time, she emphasises the role of towns and municipalities in providing suitable conditions for physical activity.

This opinion is shared by the professionals from the Faculty of Physical Culture, Palacký University Olomouc, who substantially participated in the drafting of the Action plan. The coordinator of the Action plan Zdeněk Hamřík believes it is vital to start in schools. “For example, by adding an extra PE class, global introduction of active recess, inclusion of physical activity in classes other than PE, or through supporting active transportation of children to school. Physical activity promotion is important already in preschool age, both in the family and kindergarten. A key aspect is spontaneous outdoor play, which is a precondition for the development of healthy physical habits. However, the problem is complex in nature and also requires investment in suitable infrastructure such as bike paths, public sports grounds or parks, and increased public awareness about the importance of an active lifestyle,” adds Zdeněk Hamřík.

In order to increase health literacy among the population, the Ministry of Health is going to promote public awareness by means of a new National Health Information Portal (NZIP). The portal will provide verified information about all aspects of human health, including a healthy diet and physical activity.