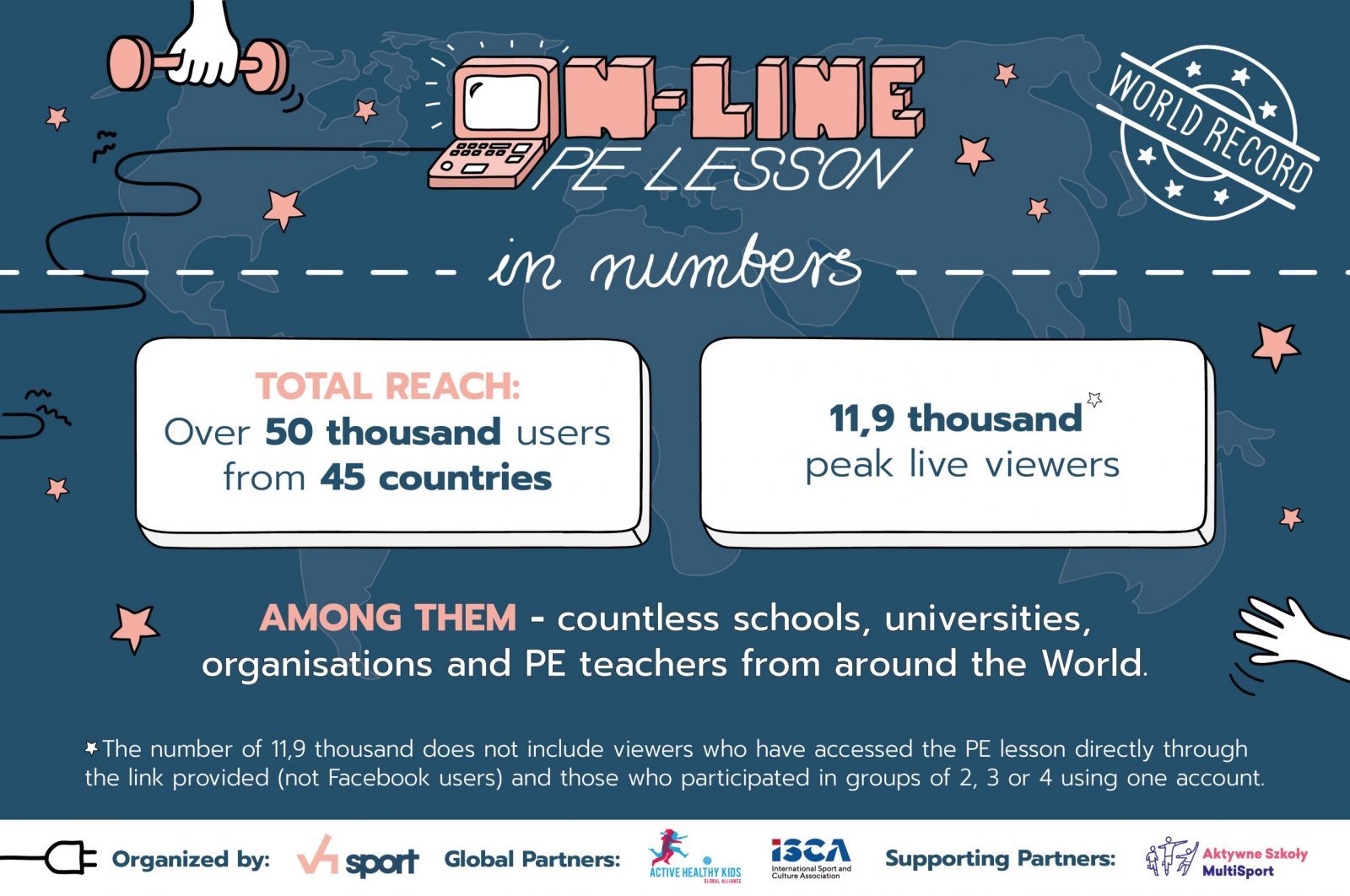 On Wednesday, April 22nd, the whole world united for an on-line PE lesson delivered by a Polish PE teacher. The event was streamed via Facebook and has reached over 50 thousand users.

When major sporting events have been cancelled and physical activity as we know it has become a luxury good, on-line training is getting more and more popular. The goal of the On-line PE World Record attempt organized by V4Sport Foundation (Poland) was to draw the world’s attention to the problem of insufficient level of physical activity and a sedentary lifestyle which, especially since the announcement of the COVID-19 pandemic, has become a problem for an increasing part of society. The World Health Organization (WHO) encourages people to stay active through the times of lockdown as a way to look after our health.

The global on-line PE lesson has found its supporters around the world. Among them two of the major organizations working on a daily basis to promote physical activity – the Active Healthy Kids Global Alliance (AHKGA) based in Canada and International Sport and Culture Association (ISCA) with headquarters in Denmark. Numerous schools, universities, non-for-profit organizations, PE teachers and foundations have joined and promoted the initiative within their communities.

This international effort resulted in almost 58 thousand views (and counting) of the lesson streamed via Facebook, among them over 11,900 peak live viewers* from over 45 countries – from the U.S. to Eastern Australia and Japan. Thus, the new world record was set –  the largest on-line PE lesson conducted by a qualified PE teacher.

*The real number of active participants is much higher. The number of 11,900 does not include viewers who have accessed the PE lesson directly through the link provided (not Facebook users) and those who participated in groups of 2, 3, 4 or more using one account.