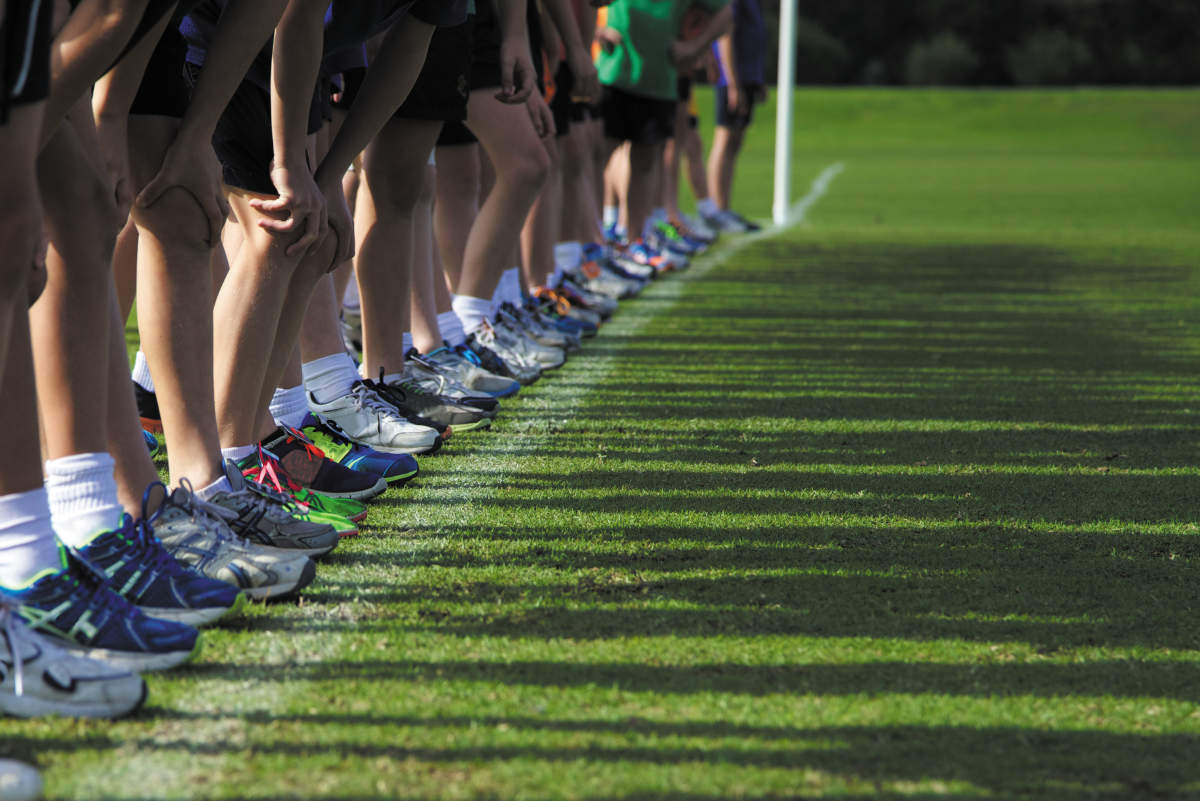 11 Oct Beyond Olympic gold: US Kids Getting Lapped in Aerobic Fitness

This article by Australian report card leader Dr. Grant Tomkinson was originally published on The Conversation website and is republished here under Creative Commons License.

While the U.S. brings home more Olympic gold than any other country, many, if not most, American school kids wouldn’t even bring home a tin, if there were such a low-ranking medal.

Recently, colleagues and I set out to see how the fitness of American kids stacked up relative to other countries. Our findings were surprising. Not only did the U.S. finish at the back of the pack, but U.S. kids ranked behind much smaller and some poorer countries, such as Iceland, Chile and Suriname.

Fitness level is an important indicator of sporting success, but it’s also important for your health. You can be fit in different ways – you can be strong like a weightlifter, run fast like a sprinter, be flexible like a gymnast or be skillful like a tennis player.

However, not all of these types of fitness relate well to your health. The most important type of fitness for good health is “aerobic” fitness, which is your ability to exercise vigorously for a long time, like running laps around an oval or biking around the neighborhood.

If you are generally unfit now, you are more likely to develop or die from conditions like heart disease, diabetes and some cancers later in life.

One study, using data from Aerobics Center Longitudinal Study which followed over 53,000 men and women, showed that low aerobic fitness was the strongest predictor of death. It was far greater than any other risk factor – with the exception of hypertension in men – and was greater than the combined deaths due to obesity, smoking and diabetes.

Recent evidence also shows that your fitness level as a child is strongly linked to your future health. Two studies, one that followed 1.3 million 18-year-old Swedish boys for 29 years, and another that followed 510 16-year-old Japanese girls for 64 years, found that children with low fitness levels were more likely to die prematurely from any cause later in life.

This highlights the importance of measuring aerobic fitness when trying to understand the health and well-being of children and youth.

Who are the fittest?

We published a study in the British Journal of Sports Medicine that compared the aerobic fitness levels of over 1.1 million kids aged 9 to 17 years from 50 countries who were measured using the 20 meter shuttle run, also called the “beep” test. We systematically analyzed data from 177 studies across the globe.

The beep test is the world’s most popular field test of aerobic fitness for children and youth. It is a progressive exercise test involving continuous running between two lines 20 meters (66 feet) apart in time to recorded beeps. The time between beeps gets progressively shorter and the test is over when you can no longer run the distance in the time with the beeps.

Our study showed that the fittest kids were from Africa and Central-Northern Europe, while least fit were from South America.

America finished at the back of the pack, ranked 47th out of 50, well behind the fittest from Tanzania, Iceland and Estonia and only just in front of the least fit from Mexico, Peru and Latvia. The typical 12-year-old American would run about 520 meters (1706 feet or 26 laps lasting 3.5 minutes) on the shuttle run before stopping, falling some 840 meters (2756 feet or 42 laps) behind the typical 12-year-old from Tanzania.

Our northern neighbor Canada, on the other hand, fared moderately well, placing just above the middle of the pack in 19th place.

A separate analysis of these 1.1 million kids from 50 countries revealed that a higher proportion of boys (43-94 percent) had “healthy” aerobic fitness – the fitness level associated with better cardio-metabolic health – than girls (21-91 percent), with the proportion of kids with healthy fitness declining with age.

The reasons for the poor showing of the U.S. might surprise you.

We explored links between aerobic fitness and broad socioeconomic and demographic factors in each country including wealth inequality, standard of living, childhood obesity, physical activity levels and climate.

This could be because countries with a big gap between rich and poor tend to have large subpopulations of poor individuals. Poverty is linked to bad social and health outcomes – one of which being lower aerobic fitness levels – including lower physical activity levels, higher levels of fat, lower life expectancy, increased risk of cardiovascular and other diseases, impairment of children’s growth and social disintegration.

This finding suggests that initiatives to reduce the gap between rich and poor, such as progressive taxation regimes, salary regulation or income redistribution, might be suitable population approaches to increase fitness.

What can you do to improve your – and your kids’ – aerobic fitness?

Forming good fitness habits is important, but it’s also fun. Try joining a sporting club, go swimming at the beach regularly with friends or play basketball at the local playground after school. Keep each other inspired to keep exercising.

For real improvement in your aerobic fitness, the Office for Disease Prevention and Health Promotion recommends you do at least 150 minutes weekly, and your kids at least 60 minutes daily, of moderate to vigorous exercise that uses the big muscles of the body. This includes exercises like running, biking or swimming, or playing sports like basketball, soccer or hockey.

Even better, an additional 20 minutes of the more vigorous “huff and puff” exercise will put you on the right path to developing the fitness habits that will keep you healthy now and into the future. One method, called interval training, involves exercising as hard as you can for a few minutes, then having a few minutes rest, and repeating a few more times. It’s not easy, and you’ll need to work up to it. Your kids will probably beat you, and, chances are they will enjoy it!

Also, why don’t you throw a little low-tech in with your high-tech and try “snacking” on exercise throughout the day until you build up the fitness and confidence to reach the recommended target? Remember to choose a range of “huff and puff” activities you like or think you might like to try, and get moving now toward a healthier you and healthier kids, too.

Active Healthy Kids Global Alliance uses cookies and other tracking technologies for performance and analytics purposes. By using this website, you accept this use.OK